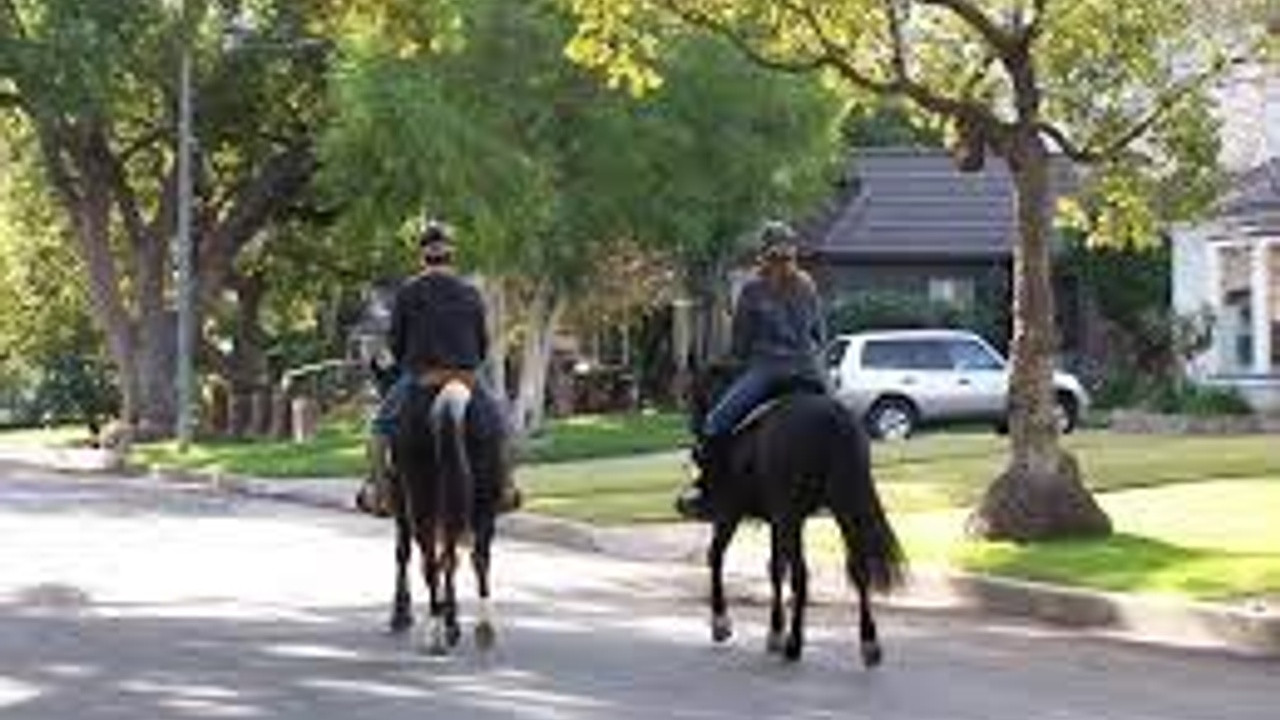 I talked a little bit about my time in Southern California and how I rode a horse out there - that was a few blogs back. But let me tell ya a little bit more about that horsing around experience.

I grew up in the country. Even when we lived in the Milwaukee area, and our house was on a quarter acre that was "ours", we still had plenty of room to run. My aunt, uncle and their brood lived right next door. Our houses were in a corner of a 40-acre piece of land that my grandpa owned, and was a private park. All of the house lots in our neighborhood were big. Across the street was a pond (excellent for skating in the winter!), and a field full of cows (until it became houses). When we moved south of Milwaukee for my dad's job, to Kenosha, we lived on 17 acres and were surrounded by big farms. I grew up with the notion that horses lived on acreage. 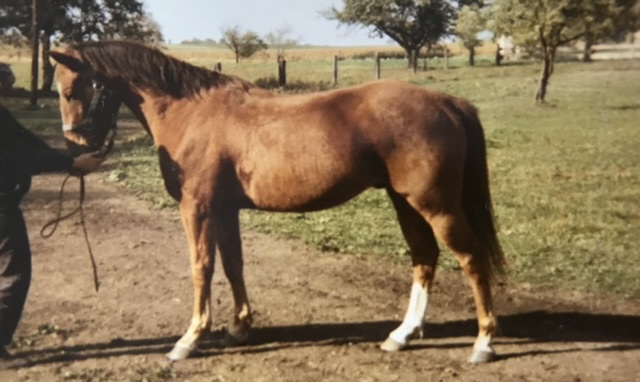 So the country girl moves to the big city of L.A., which is a city of its own and is surrounded by a bunch of other cities, among them Pasadena (where I landed), and Burbank (down the road a piece). In between was I don't know how many other cities - all I knew was I got on the freeway and eventually got to Burbank. Where there were houses with horses in the back yard, some of them just down the road from Disney Studios.

I worked at the Jet Propulsion Laboratory, up against the San Gabriel mountains, and often bemoaned the fact that living in an apartment didn't offer a lot of opportunity for horse-back riding. But wait! A friend at work knew somebody who had a couple of horses and was looking for someone to ride one of them a few times a week.

Introductions were made. They didn't look like serial killers, and neither did I, so we decided this arrangement might work. I was introduced to .... Apache, a 20 year old paint with plenty of miles on him and a little bit of arthritis, which was why they wanted to keep him exercised. Keep moving, and the arthritis doesn't seize you up. (This information has become very handy as I've aged and arthritis has welcomed itself into my own body. I keep moving.)

I've always been a pretty conservative (spelled "c-h-i-c-k-e-n") rider, so I like to ride a horse I don't know very well with a saddle. Of course the people didn't have one. I went home to Wisconsin for a visit and came back with my saddle. Yep, took it right on the plane with me. Now THAT was a carry on! It was an English saddle, so not quite as big a deal as trying to haul a big ol' western saddle onto an aircraft. 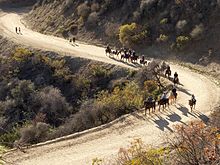 I had fun with Apache. He was very patient, and it didn't bother him at all  to walk down an alley and across a busy street to get to Griffith Park, which is a huge park plunked down between L.A. and Burbank. Lots of hiking, a golf course (which we rode past frequently), a couple of riding stables, a planetarium (where I saw my first laser light show - not with the horse), and lots of stuff I probably never saw, because you can only go so far on a horse in a couple of hours.

Apache's mane was long and kind of scraggly, so I, in my infinite 24-year old wisdom, started trimming it by pulling the long hairs out - that's the way it was done back then, and maybe even still today. (Most of my horses these days have long scraggly manes.) I kind of forgot he wasn't my horse, because after the initial meet and greet with his owners, I didn't really see them - they had busy lives, which was why I was riding their horse. However, they did feed him and noticed that his mane was considerably shorter than when I started riding him. Unhappiness ensued. Busted. I stopped imposing my idea of what a horse should look like, and went with the flow. 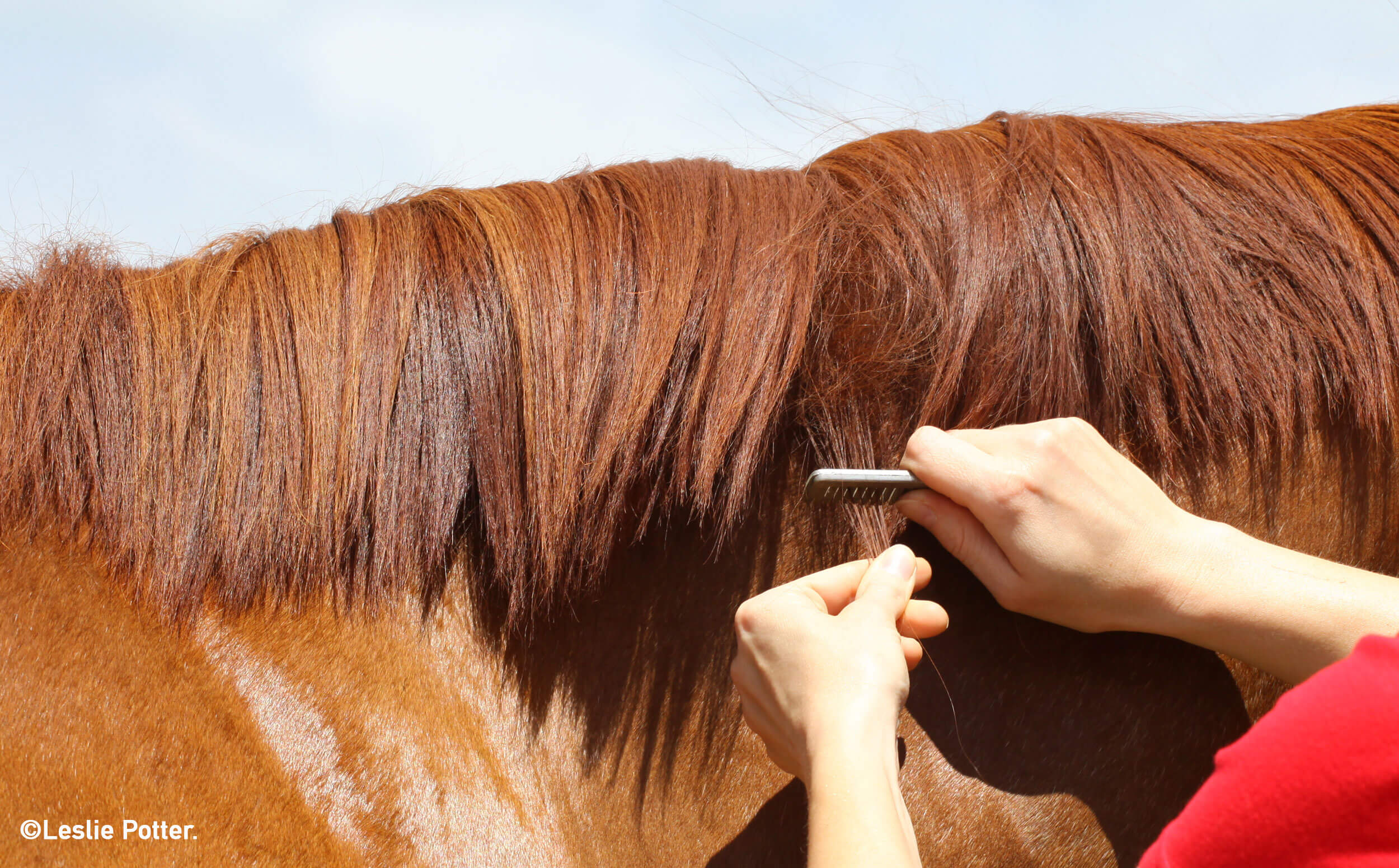 Eventually, my own life got busy as well, and when the days got shorter and shorter in fall and winter, it became more difficult to go down the road a piece to Burbank, and past Disney Studios, to ride the horse I didn't own. Apache and I ended up parting ways, in a fairly clumsy fashion. I just stopped showing up. And it cost me my saddle, because the people hadn't seen me in so long they figured I didn't want it any more and sold it. I didn't blame them; it was my own fault for not "closing the loop", and letting them know I couldn't (or wouldn't) come out any more. I've grown up (a lot) since those early "I'm an introvert and I'm afraid of any kind of conflict" days.

I'll always thank Apache and his people for showing me that anything is possible, if you want it bad enough. Even a horse in the back yard right down the road from Disney Studios in Burbank, California.