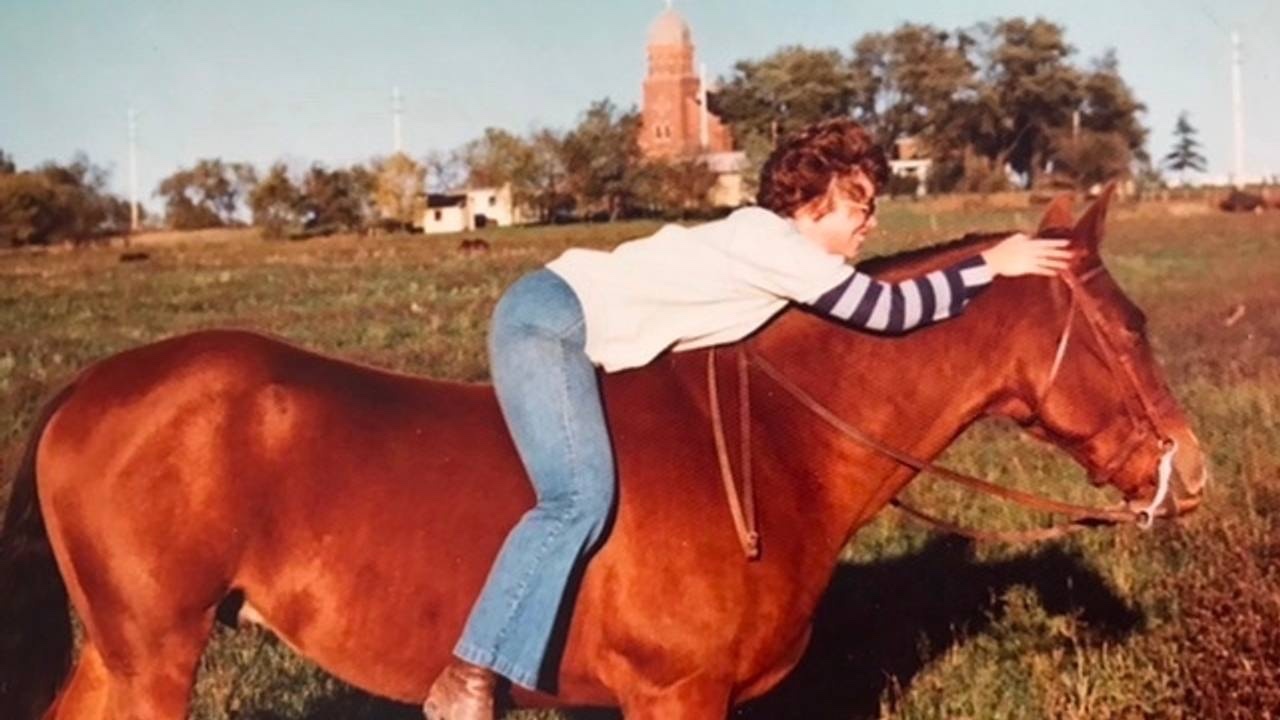 Let’s face it, if your gerbil decides to do something unexpected the worst that could happen might be a mess on the floor - or a squashed gerbil. When we’re talking horses, though, the one being squashed could be….you.

Despite a lifelong obsession with horses, I have always been what I would call a chicken rider, with a capital C. Or conservative. Take your pick. What it means is that I can count on one hand the number of times I’ve uninhibitedly galloped up a hill on horseback, racing other riders, just for the fun of it. (And to set the record straight, despite setting off a little late because I practically ended up on my Heinz57 horse’s rump, he took off so fast, we beat that Thoroughbred cross by a nostril and a half. They would disagree.) 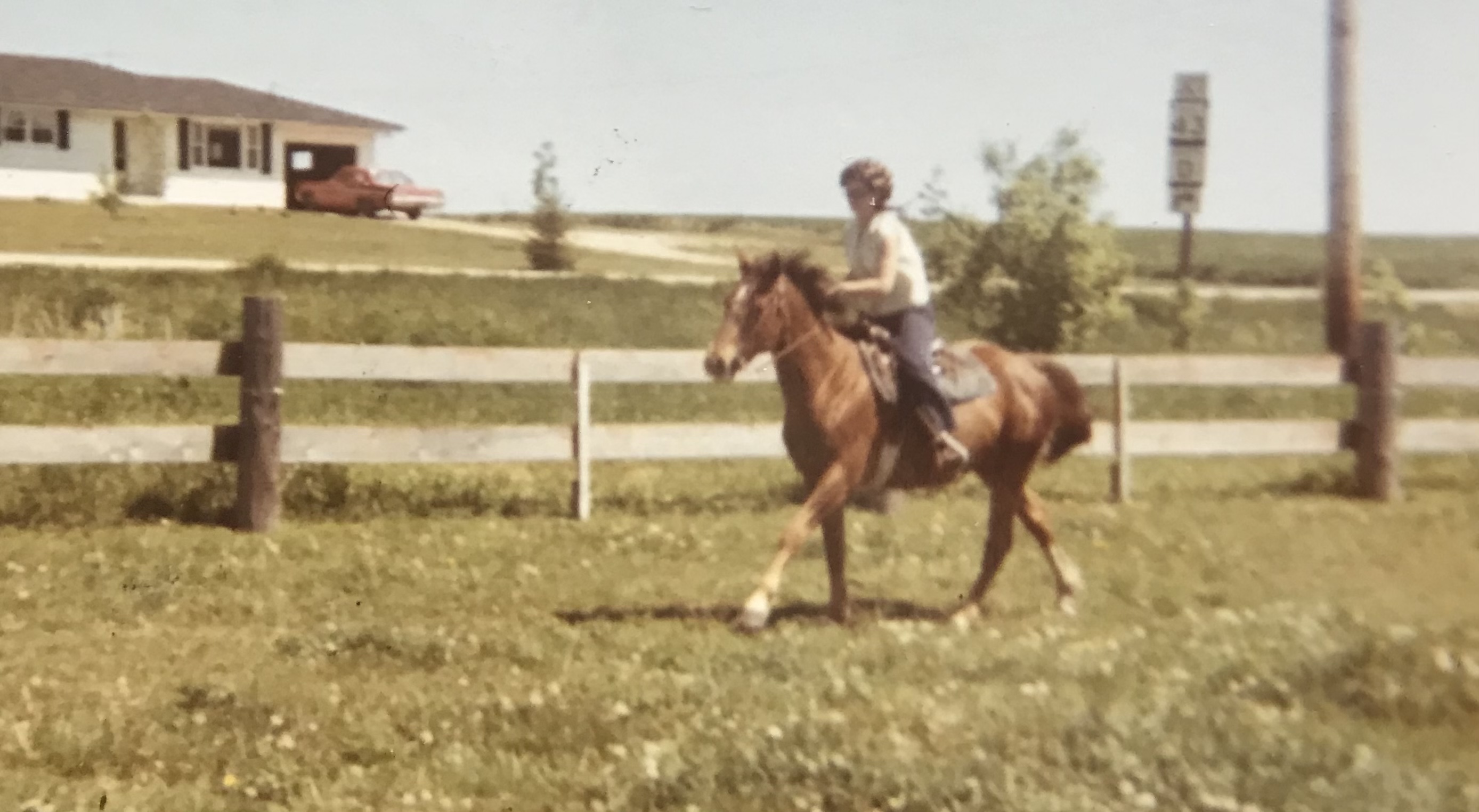 My speedy Heinz57, Sunny. Note the fancy head accoutrement of the rider - not a helmet, but rollers.

I have a friend who is an endurance rider. She rides Arabians. (I had an Arabian once. He was sweet, and would actually stop when I asked him, mostly.) She just posted about her latest adventure with her two horses. One of them loves, loves, LOVES going really fast downhill, and just plain fast everywhere else. She spends a lot of time trying (that is the operative word, trying) to get this mare to use a little sense - after all, 50 miles isn’t exactly a stroll down a shady street. The mare doesn’t care, and it seems to suit her, because her vet checks are always superb. My friend says riding her is “fun”, despite the fact that her mare will try to dump her and argues incessantly about having to go slower than warp 9.

This does not sound to me like a good time.

It takes all kinds, that’s for sure, and after re-reading once again all of my Dick Francis novels, it would appear that steeplechase jockeys and my friend with the Arabians have a lot in common - it’s the speed and the risk and the joy of being partnered with a horse who loves the work that juices them. More power to them - someone has to ride those horses, just not me.

When I was taking jumping lessons, I had a great time until we got to 3 feet. 2’6’, 2’9”, I was a star. Looooved taking the horsie around the course and showing what we could do. It was a lot of fun. But something happened at 3’. There’s some hang time in the air that isn’t as apparent 3 inches lower. That hang time totally unnerved me, and jumping stopped being fun. I eventually gave up jumping, since I was never going to jump any higher than 2’9”, and I got tired of the stink eye from the instructor, who believed I could better. I switched to a discipline that had the hooves closer to the ground - dressage. 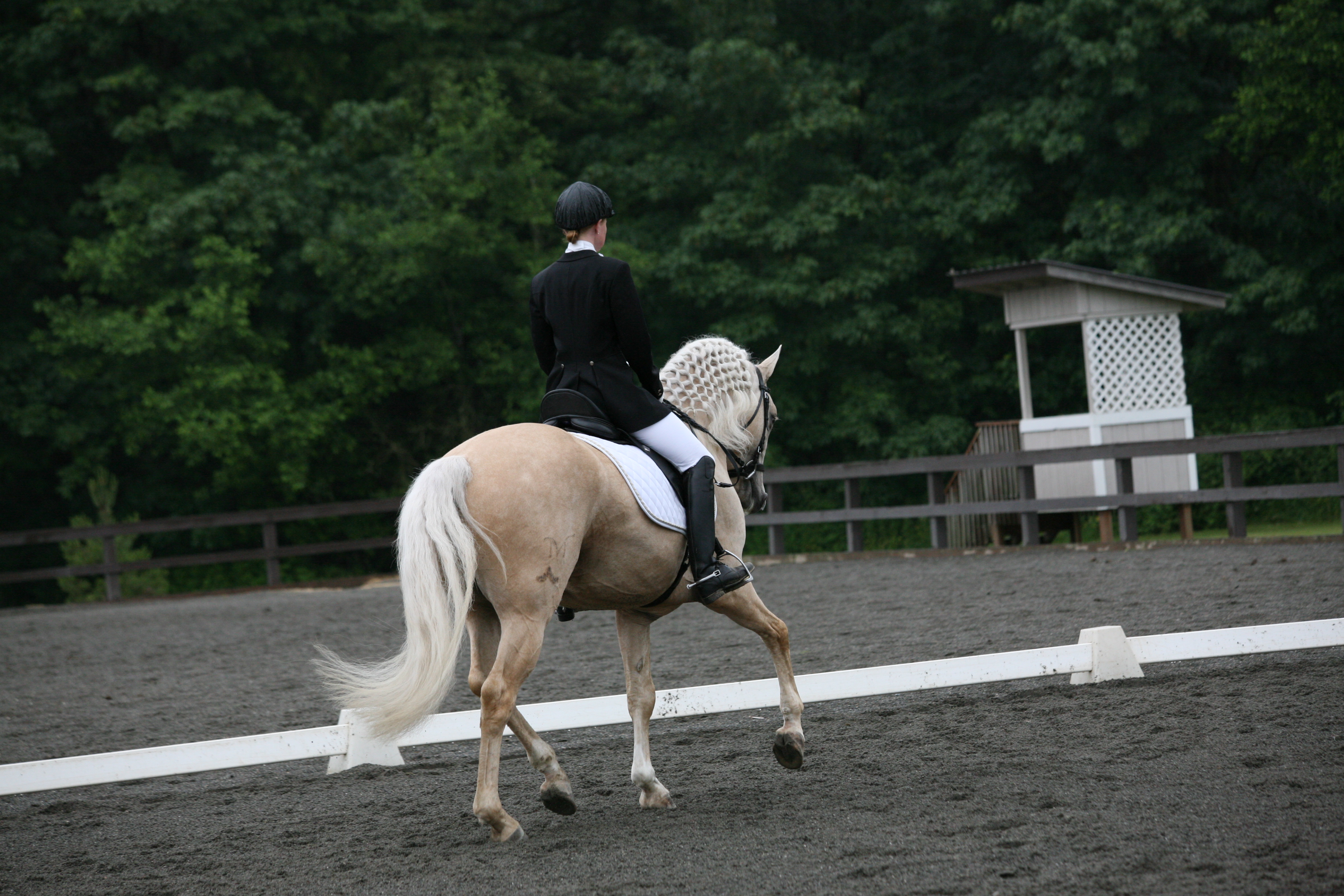 Dressage comes with its own set of challenges, but it was enjoyable - except for the part where I started feeling like I couldn’t do anything right. I had a great instructor! She was patient, kind, always encouraging me and my horse, Imzadi. We had some beautiful moments, when everything would come together and Lynn would exclaim, “Yes, MA’AM!” It felt like riding on a cloud for two or three strides, and then we’d go back to the bumpy road. But that’s what dressage is like. And unconfident rider that I am, I always felt like I wasn’t good enough. Nobody felt that way, or said that about me - it was all internal. Where did this come from? A past life? I have LITERALLY been like this since the first time I got on a horse. I remember it clearly.

When I got my mare, Wilma, she was a 12-year old broodmare who had not ever really been ridden. She had her last baby, and then learned to be a riding horse. And then she waited for me. For almost 5 years, until I got up the gumption to ride her more than 15 minutes in a round pen, and took her down a trail to the neighbors house - and back. Wilma helped me get a lot of my confidence back, and to realize that the best way to ride was to relax and enjoy it, and not think too much about the fact that my “ride” had a mind of its own. We did a lot of fun things together, and even though as she got older I didn’t ride her as much, she was always up for a turn around the trails. The cool thing about her was that as my confidence went up, so did her sassy. She was never dangerous, but she just got more animated as I relaxed into her. She took really good care of me. She passed away at 26, and I miss her every day. 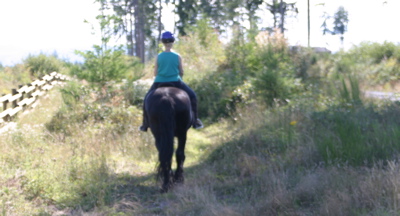 Riding back from the neighbor after five years of waiting - we’re a team!

So what next? Her granddaughter, LiLi, is the horse currently available to ride, and the older she gets, the more she is like her grandma. I’m beginning to trust her (probably because she’s stopped suggesting that we go into the back field and run really fast from one end to the other), and I think this summer we may even get to do a trail ride or two - it might be just over to the neighbor’s field for some quality time with said neighbor and her horses, but hey! It’s better than spending all of our time in the covered arena (LiLi yawns. Big. Borrrrrrring. The girl objects to that much boredom.). 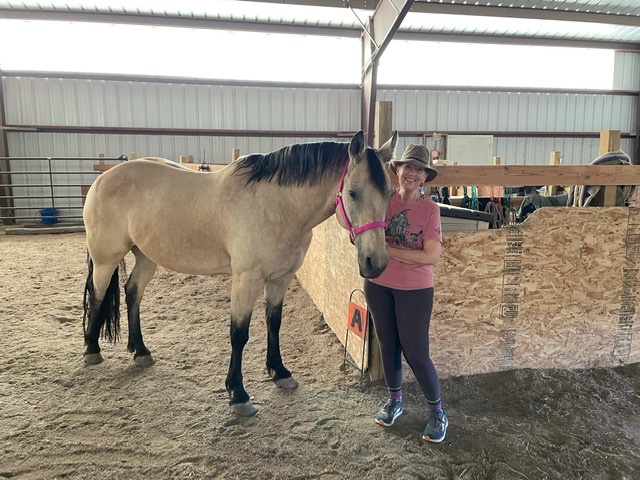 I’m smiling, but she’s all “let’s get out of the arena already.”