Cloudy, With A Sideways Jump 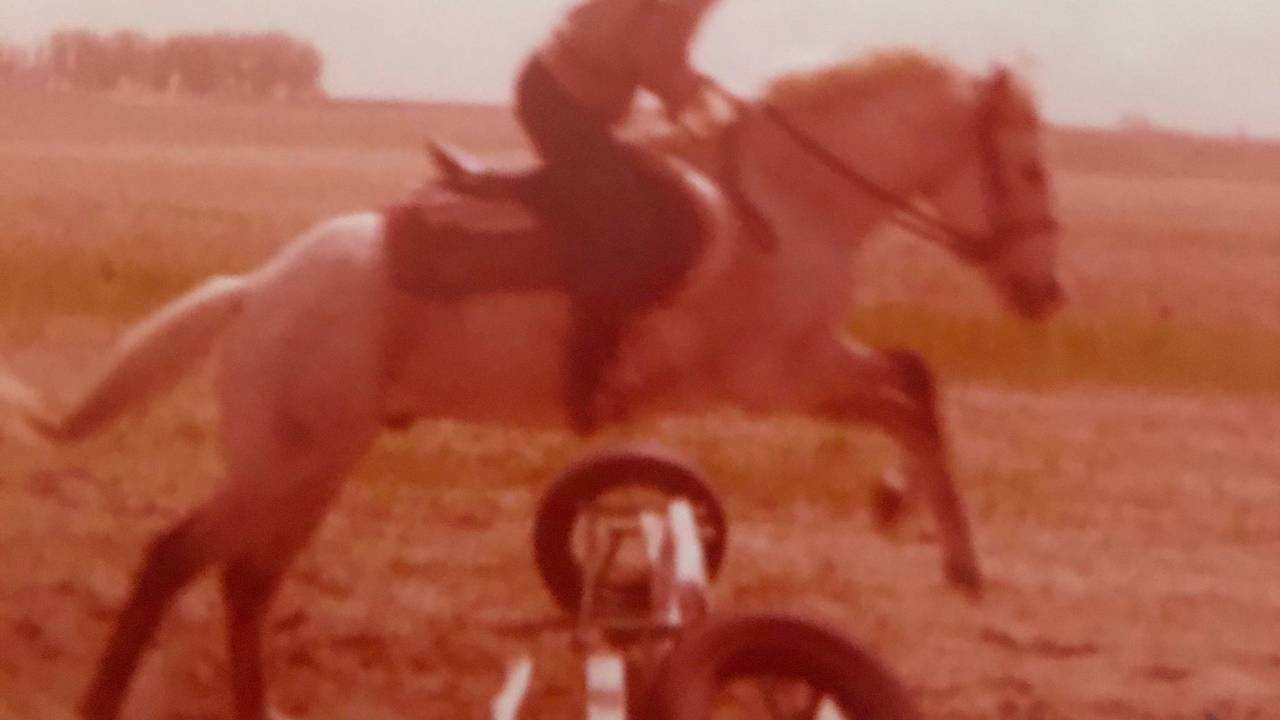 Back in the 70’s, before there were cars, I had a horse named Cloudy. Pony might actually be a better description of him, since he stood only about 14 hands, and to be a horse in most breeds you have to be 14.2.

Cloudy looked sleepy and walked like a zombie, without the outstretched arms, but he was just waiting for the person riding him to be lulled into a false sense of security. He had more whoa than go, but when he wanted to go, he could definitely pick ‘em up and put ‘em down.

I bought Cloudy after one (uneventful) ride, in which he was already saddled up when I arrived, and I was too ignorant at that time to wonder why. It could have been because he was difficult to saddle, but that wasn’t it at all. He was the most accommodating of small horses, and I think he enjoyed our rides. No, he was saddled up already because he had what is called a “fistulas wither” - He had a spot on his left wither that never grew hair. It would heal over, but hair never grew on it. When he was ridden with a saddle, the area would get rubbed and that became very uncomfortable for him.

Creativity to the rescue! I had a nice thick saddle pad, and I cut a hole in it right where the bare spot was. No more rubbing. Problem solved, happy horsey. 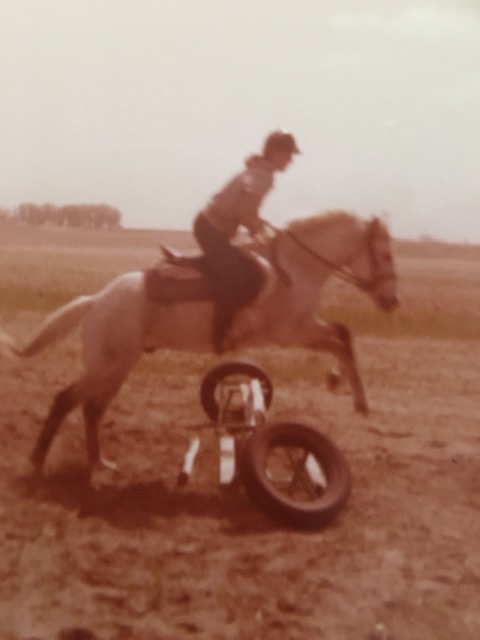 Cloudy and I navigating a small jump, one of the few times I used a saddle.This is the only picture I have of the two of us. Thank goodness photography had been invented.

Cloudy liked to walk with his nose low, practically brushing the ground at times, and it did take some encouragement to get him to move out a bit. As I said before, he waited for his rider to be distracted, and then he would pull his signature move - for no apparent reason, he would leap sideways about two feet. If you were anywhere other than with him, there would be air between you and the ground, and then you would be on the ground. He never got me off, as I have long legs relative to my torso, so a low center of gravity. However, more than one guest came trudging back to the house sans horse (because once you were off, there was no way you were going to catch him - he was quite the joker).

He was also very empathic, as most equines are. We were out riding one day, cantering on a trail alongside a dirt road, and I saw my husband at the time driving toward us, coming home from work.

”Oh, look, there’s Jim,” I thought. “Time to turn around and make our way back home.”

Before the thought was barely complete, and between one stride and another, Cloudy did a 180 (at the canter!), and was heading back toward the house. We went about three strides in that direction, and then I (again, on the fly) turned him back in the direction we had been going, and we continued onward toward the corner, not toward home.

I have no idea how I stayed on. I have to admit it was pretty exhilarating to stick while he spun, and then spin him right back in the direction we had been going without losing a beat. Probably one of the best riding moments of my life (there are very few).

Being a gray horse/pony, Cloudy was susceptible to melanoma, and one developed right in the space where his jaw and neck met. It was slow growing, but in a spot where it shouldn’t be messed with, and eventually it started to push on vital things. He became very unpredictable, and while he wasn’t uncomfortable, he was not safe to ride any more.

My husband and I split during this time, so I took one horse, and he kept the other two we had, including Cloudy. I saw Cloudy one last time before he was put down. He was not himself. My bright, beautiful boy was confused and unhappy. To let him go was a blessing.

I’ve apologized to him profusely for what I see as abandonment of him in his time of need, but like most animals, he is kind and loving. He tells me I did what I needed to do, and he hopes I learned a lesson from it. I hope he’ll come back to me one day, so we can once again meander down the trail and enjoy all that nature and life has to offer, and this time, he’ll be my forever horse/pony.