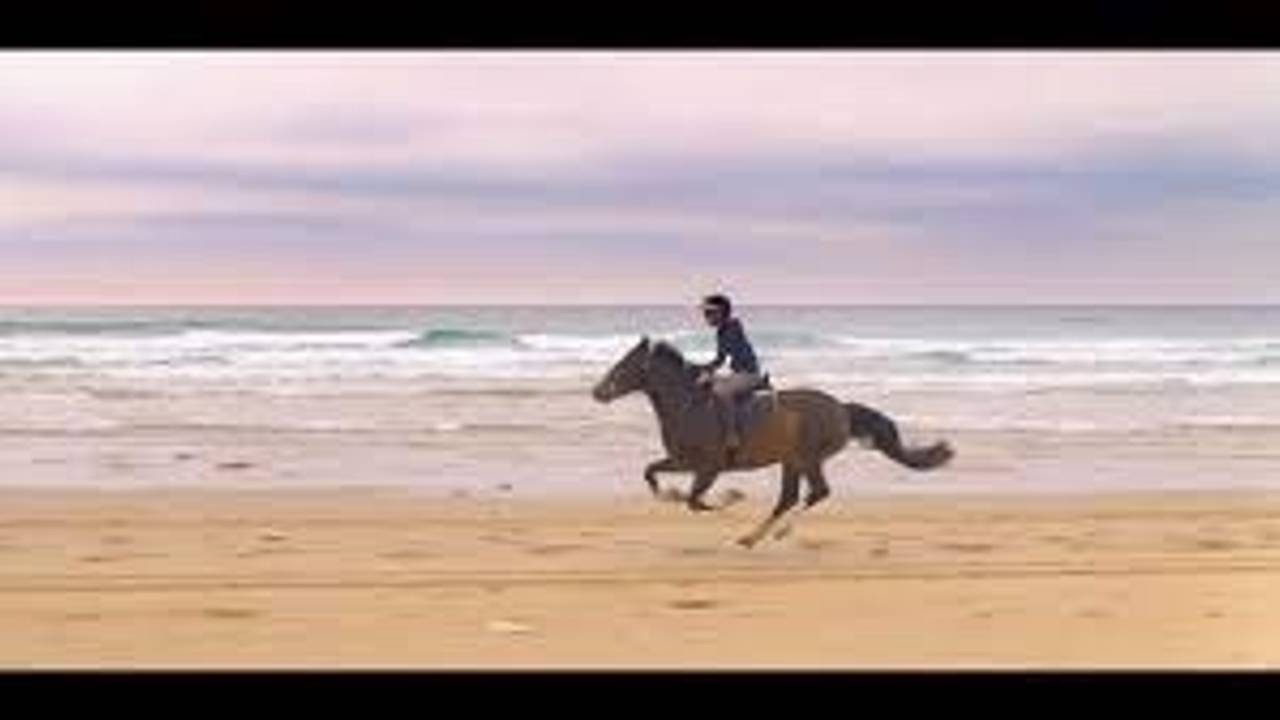 Back in the …. 70’s(?), I had an opportunity to take a trail ride onto a beach in Northern California. The romance of it was so appealing - there I’d be, cantering my trusty mount down the beach, wind blowing in my hair (this was before wearing a helmet became my defacto head dressing), breathing in the salty air and splashing through the waves. 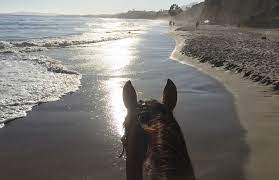 I know I’ve said on more than one occasion I am a (VERY) conservative rider. It takes me a long time to warm up to a horsey partner. Apparently I’ve been the victim of falls and other nasty things in previous lives that have made me ultra cautious. (I did have a past-life psychic tell me about one event from the 1600’s or 1700’s where I fell off my favorite horse because the saddle slipped and I was a paraplegic (a grumpy paraplegic, albeit rich or I wouldn’t have even gotten to the wheelchair phase) for the rest of my life. I was not a nice person in that life.)

So there I was, partnering with a horse I’d just met and who had more go than I was comfortable with, riding on some trails out to the beach. The trail part took almost an hour. Up hill, down dale, through trees (he was quieter in the woods), and then down some dunes to the beach. The dunes were steep. The horse was in a hurry. Apparently HE liked the beach just fine. The other horses were going way too slow for him, so he wanted to pass everyone in an obvious no passing zone. I’ve always felt more in control of my horse from the ground than the saddle anyway, so I got off. Our guide was not happy.

We argued back and forth for a bit. I did finally get back on, and I think the guide placed his horse right in front of mine. His horse wasn’t going to let mine go by, no matter what little tricks my horse tried to pull. I relaxed. That helped my horse a LOT, and he got a little more steady.

We made it to the beach. 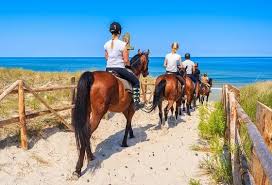 I wish I could say from that point on the ride was magnificent, but I can’t. All the other people in the group thought it would be great fun to gallop down the sand, and my horse was on board with that idea. I wasn’t though, so I hung on for all I was worth, wishing it was over. I wasn’t a bad rider, and had more than a few miles in the saddle; I just wasn’t used to the energy or group dynamic (having generally ridden alone) and it showed like toothpaste on your best navy blue shirt. You know how there’s always one in every crowd? The one you wish wasn’t there? I was that one. I wished I wasn’t there, either.

After about a century, it seems, it was time to go back. My horse was comfortably tired, and the trip back was a lot quieter than the trip out. By the time we got back to the stable I was ready for a bottle of wine (I drank back then) and a conveyance without a mind of its own. 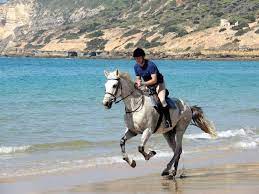 It is a far cry from the person I am now (I was in my 20’s for crying out loud - my brain was barely developed), and it’s interesting to take this walk down memory lane. Would I do things differently? Probably. I wouldn’t go. At least not on a horse I didn’t know and didn’t trust (and poor horse, he had to put up with this scaredy cat on his back), and not without a helmet. And I’d only go with people I knew and trusted. I don’t have any need to prove anything to anybody, and I’ve learned over the decades that I’m always late to the party - let everyone else be the early adopters.

It’s okay to be know your limits. It’s also okay to push them sometimes. And at some point, perhaps I’ll push that limit again. But I’ll do it with a horse FRIEND, not a horse stranger. Slow and steady works just as well as “gotta prove it all RIGHT NOW.” 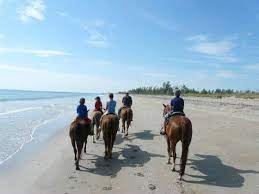 Enjoy YOUR journey, no matter what it looks like. And don’t let anybody tell you it’s wrong. It’s YOURS.