But I NEED You 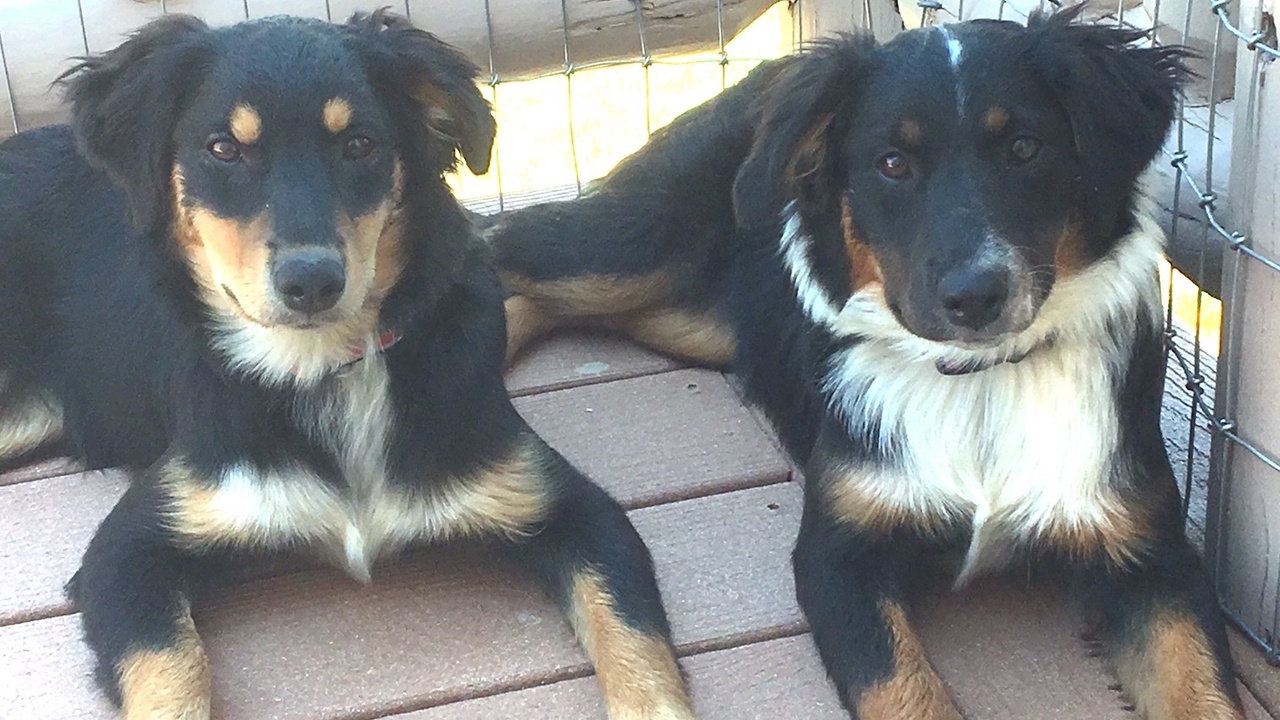 We all like to be needed, right? But then there’s this: 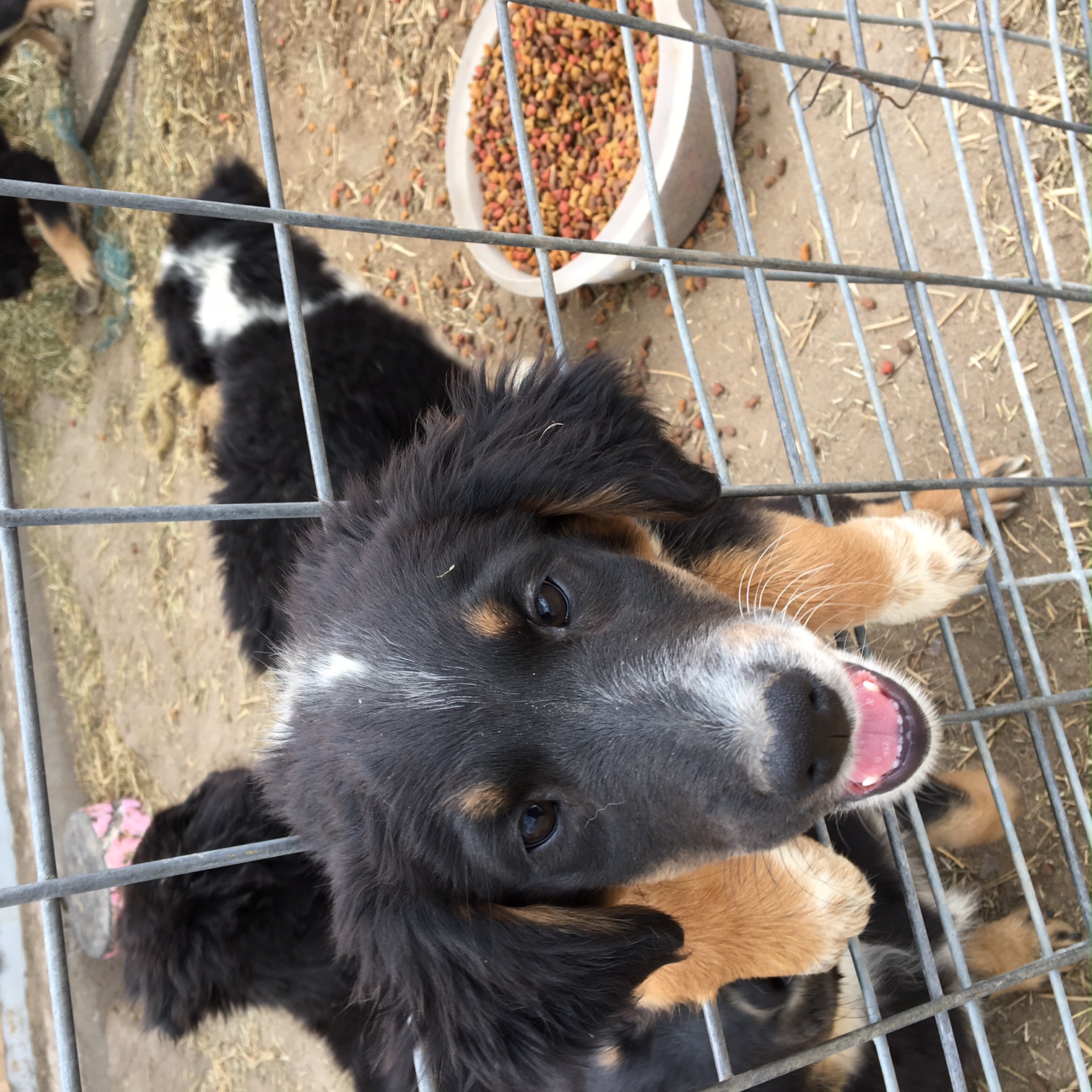 Puppy cuteness. And it’s cute when they’re a puppy - but now that darling Amy, shown above, is almost six, her obsession with the humans is bordering on…obsession.

She’s adorable. She’s also the neediest dog I’ve every known, and I’ve known a few over the years. What makes one dog so needy, and her sister, Bernadette, not so much? And then there’s Niko, our Malamute cross who lets us live in the house with him. He gives us plenty of breathing room, and yet is very affectionate.

So is it me? (Probably) Clingy in an animal friend has never been my favorite thing. Maybe that’s why I like cats, although Ry can be very clingy (meow meow meow meow meow incessantly - pick me up, no, put me down, let me out, no, let me in, I’ve been outside too long and it’s all your fault, meow meow meow, and let me lay right next to you on the bed - where his 10 pounce body feels like 100. Pounds, that is.) 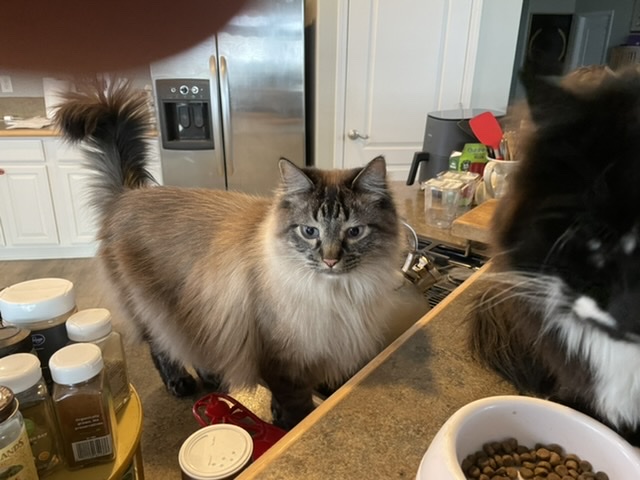 Ry, with Lynkx providing the photobomb.

My husband, Glenn, is the consummate dog lover, and even he feels Amy is just a little bit too much like Velcro.

This is not necessarily a bad thing. She listens really well. She is uber eager to please. She wants to do everything right, and if she thinks she’s done something wrong, she apologizes all over the place (and we’ve told her time and again we don’t expect perfection and it’s okay to make mistakes. She still apologizes profusely.)

Her sister Bernadette looks at Amy’s displays of neediness with a pretty jaundiced eye. Despite the fact that they’re litter mates, they are quite different.

Amy: You want me to jump on the mounting block? Watch me, watch me, I know how to do this, wasn’t that good? Oh yeah, let me show you again!! 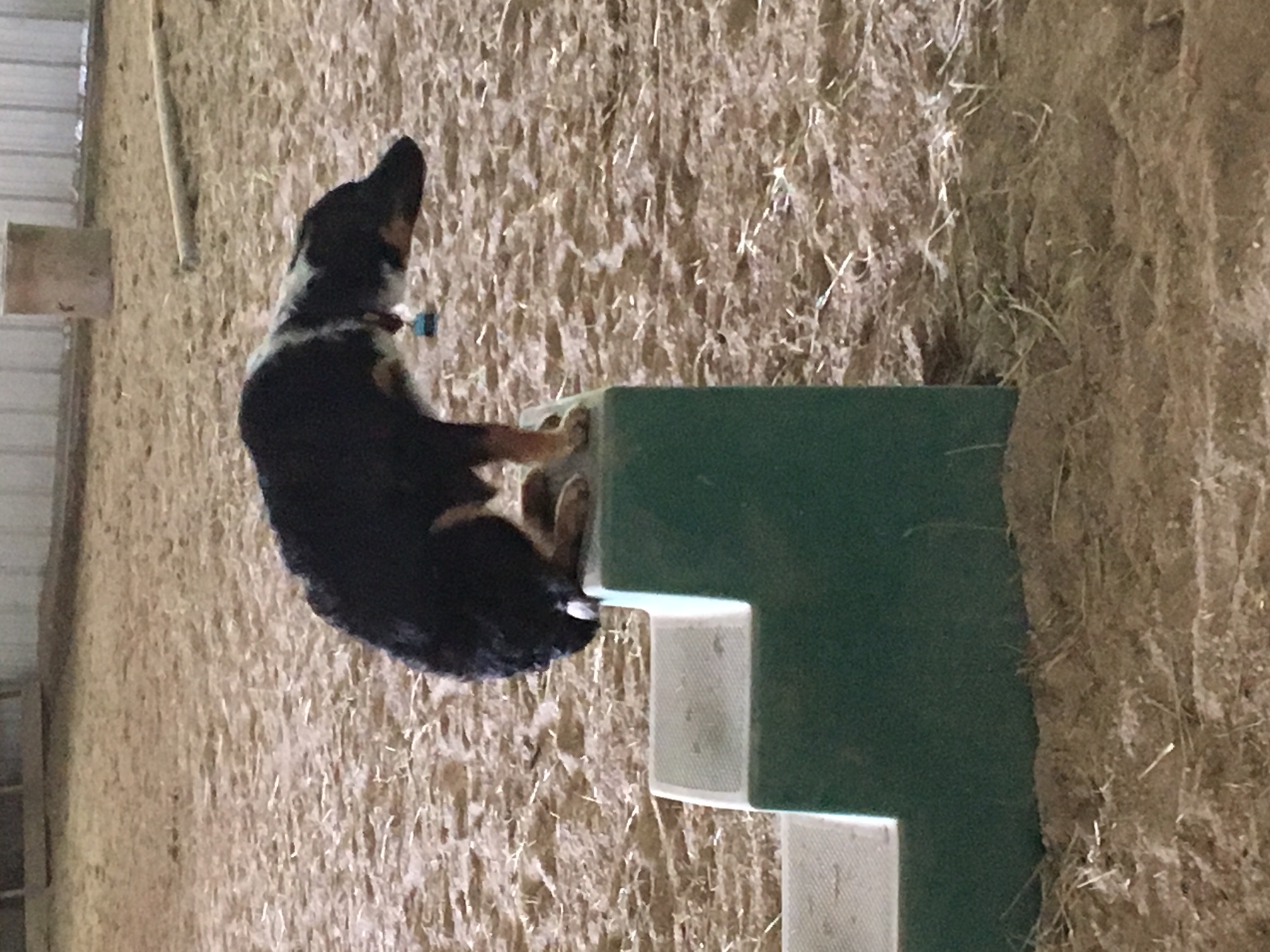 See how smart I am? Want me to do it again?

Bernadette: Jump up on the mounting block? For what? Do I get a treat? I get a good girl? Not enough. (She’s hilarious)

Amy reacts; Bernie thinks, and then decides whether it’s in her best interest to do what we ask. Dinner time is an excellent example. Amy’s all atwitter and wiggly and whatever you want, she’ll do, ‘cos dinner is going to be put on the floor real soon (we usually ask them to sit quietly and wait while we put the dish down, to avoid spills and other untimely accidents). Bernadette, on the other hand, thinks twice about sitting down, and I can tell she’s weighing her options. She does it because she knows I’m stubborn and she won’t get her food unless her butt’s on the floor. I don’t know how she acts with other, less consistently stubborn people.

We also don’t allow the dogs in the kitchen. Amy stays well away. Bernadette is always pushing the edge of the envelope. “I’ll put my paws right here…(edging them into the kitchen space) and see what happens.” What happens is we tell her to get out of the kitchen. But she tries now and then anyway, just for fun, I think. 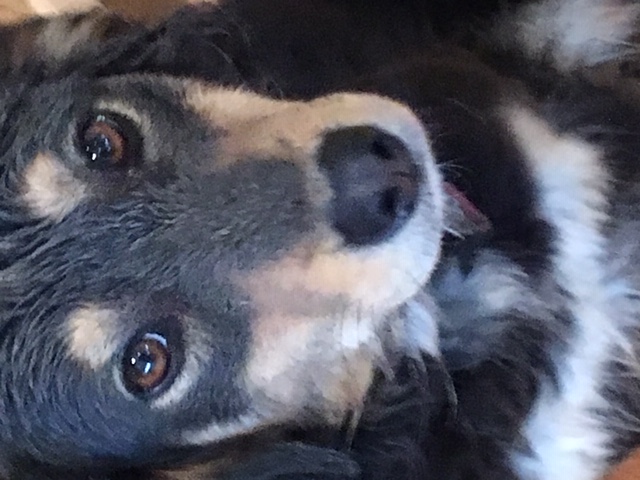 “I’m the smart one.” Bernadette

Just like people, animals come with different levels of neediness. Some of it may be genetic, some of it may be environment. Bernadette was the runt of the litter, so she learned early on that in order to get anything she had to be strong and rule the roost (other runts might try a different approach, but hers was to push all the other pups away from the dish so she could get what she needed. Environment or genetics? Maybe a bit of both in her case.) Amy got by on charm. She is very charming, and cute as a bug. Bernadette is charming too, but she turns it on and off. Amy always needs the extra hug or a little more lap time. She’ll charm herself right into your arms. All 30 lbs of her.

Amy’s taught me to be more tolerant of all that neediness, and to see it not so much as a bad thing, but as who she is. Nothing is going to make her less needy. For her, I’m pretty sure it’s genetic. So I focus on the good parts of it, and let the rest slide on by - except the licking. Ugh. Keep your TONGUE in your MOUTH. Maybe some day I’ll even enjoy that. (Don’t hold your breath about it, Ames.)