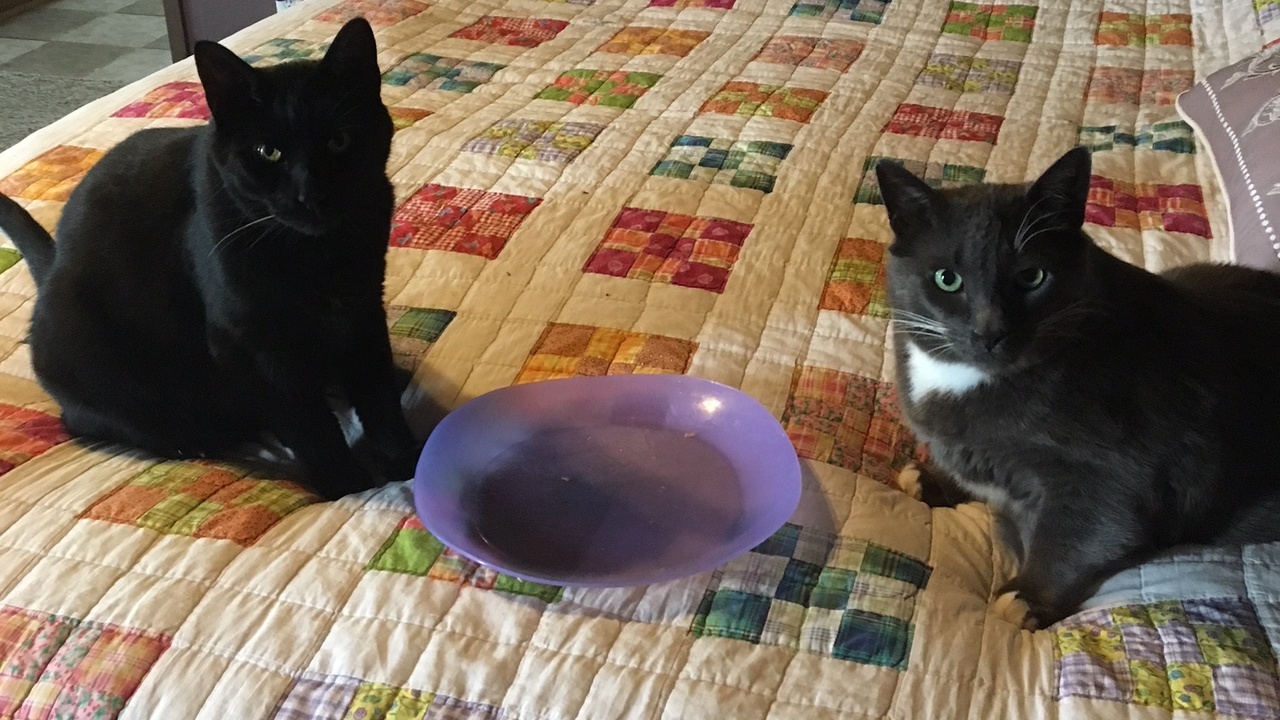 Just like a house, every barn should have a kitty. If only to keep down the mouse population.

We have a big barn. It’s actually an indoor riding arena with a spot for hay and for riding, and for coaching. Oh yeah, and some room for tack. That’s t-a-c-k, not t-a-c-k-s (like pointy things you use to put papers on wall or cork board), but tack, like bridles, saddles, grooming supplies, blankets, and all the other flotsam that comes with having a horse, less their actual feed. Horse people have just learned nothing new; non-horse people may have just expanded their vocabulary by one word. 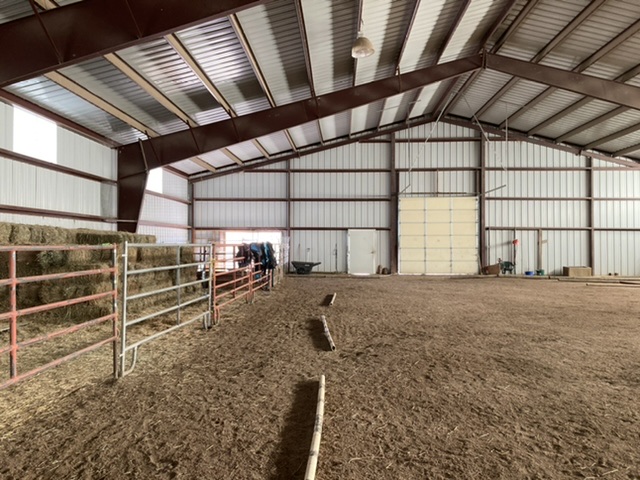 Prior to moving back to Colorado, we had a decent-sized barn (not a riding arena), and two cats who were the mouse-patrol; Lynkx and Morpheus. They came to us from a friend who had a neighbor who was struggling to keep his two outdoor kitties in kibble. My friend was feeding them, and convinced her neighbor that she could find a good home for them. Lynkx and Morpheus (former names: Boots and Blackie) came to us, to live on 20 acres in a barn with lots of food and plenty of mice. 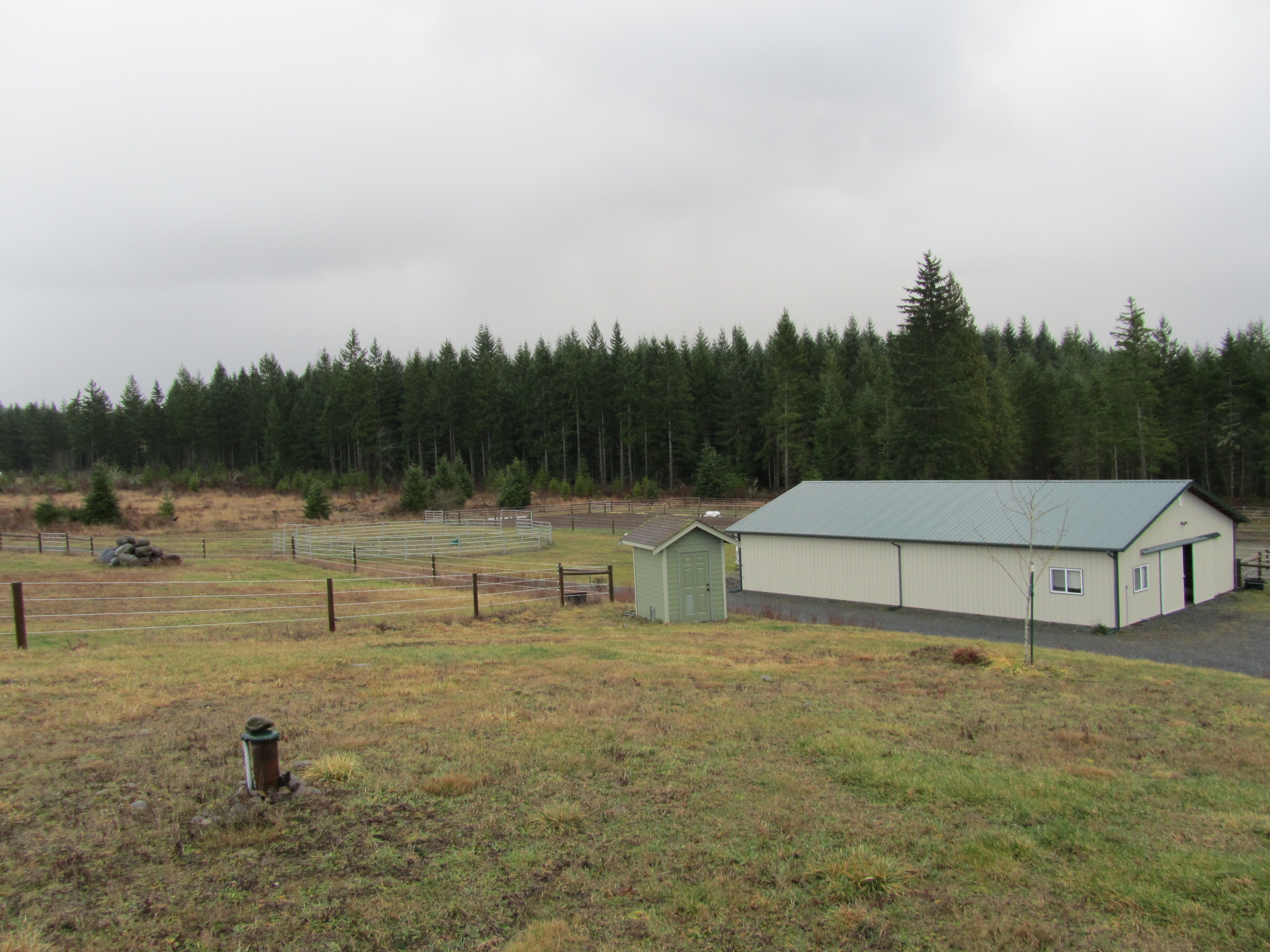 Where Lynkx and Morpheus first worked for us.

The first thing we did was ask them if they liked their names. Big yawns all the way around. These cats were definitely not Boots and Blackie, although those names were quite descriptive. So we asked them what they’d like to be called and when their response was “anything but Boots and Blackie”, we asked them about Lynkx and Morpheus (we were re-watching “The Matrix” at the time). They thought those were grand names, and as time went on, they definitely showed us that these were good choices. 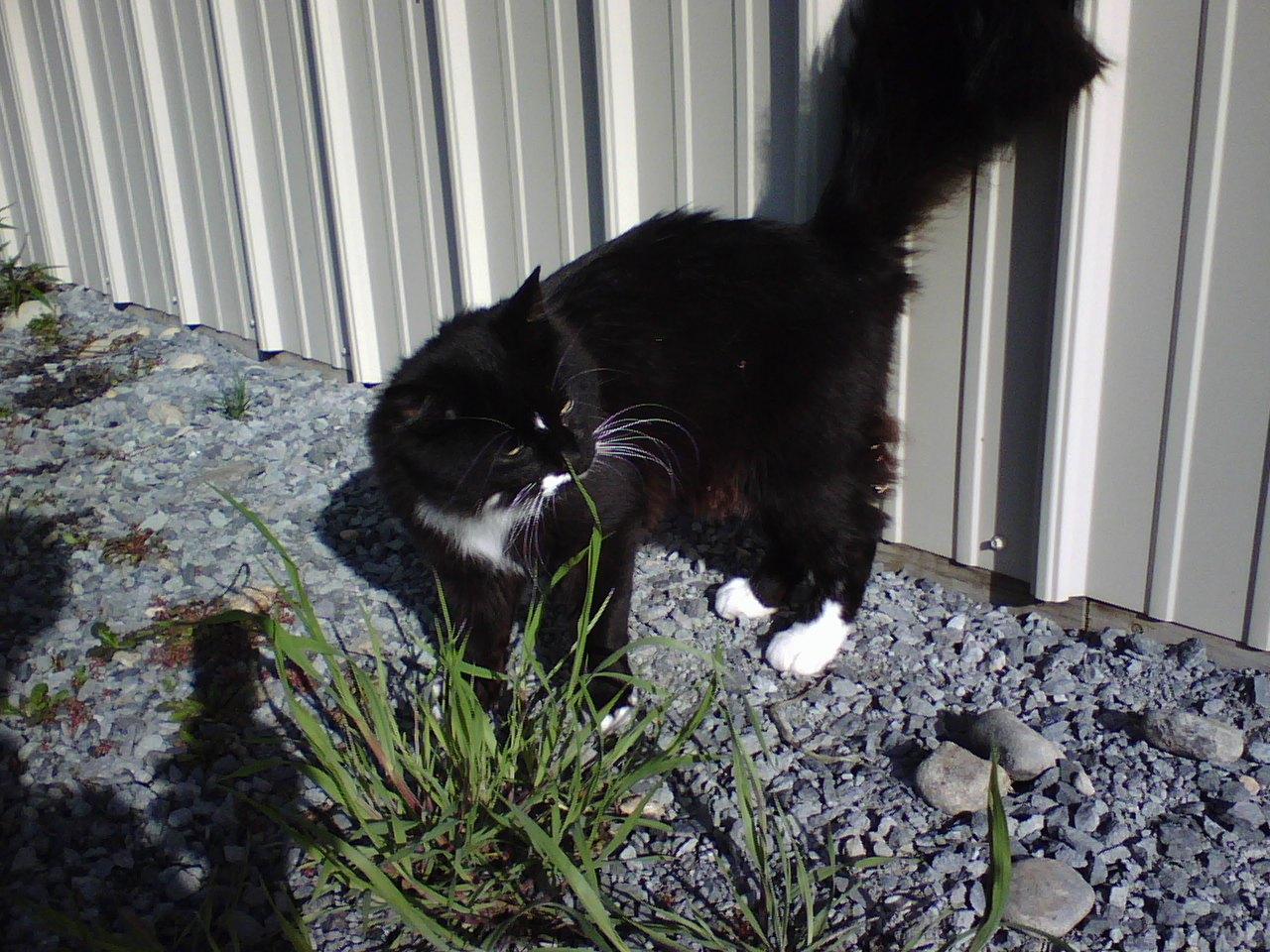 ”Link” was a kind man who was loyal to Neo and Morpheus, and “Morpheus” - well, anyone who has watched “The Matrix” knows that Morpheus was…Morpheus. That pretty much described his feline counterpart as well. Independent, thoughtful, a leader. Lynkx, his brother, is kind, and loyal to his family and was very loyal to Morpheus, his furry brother. 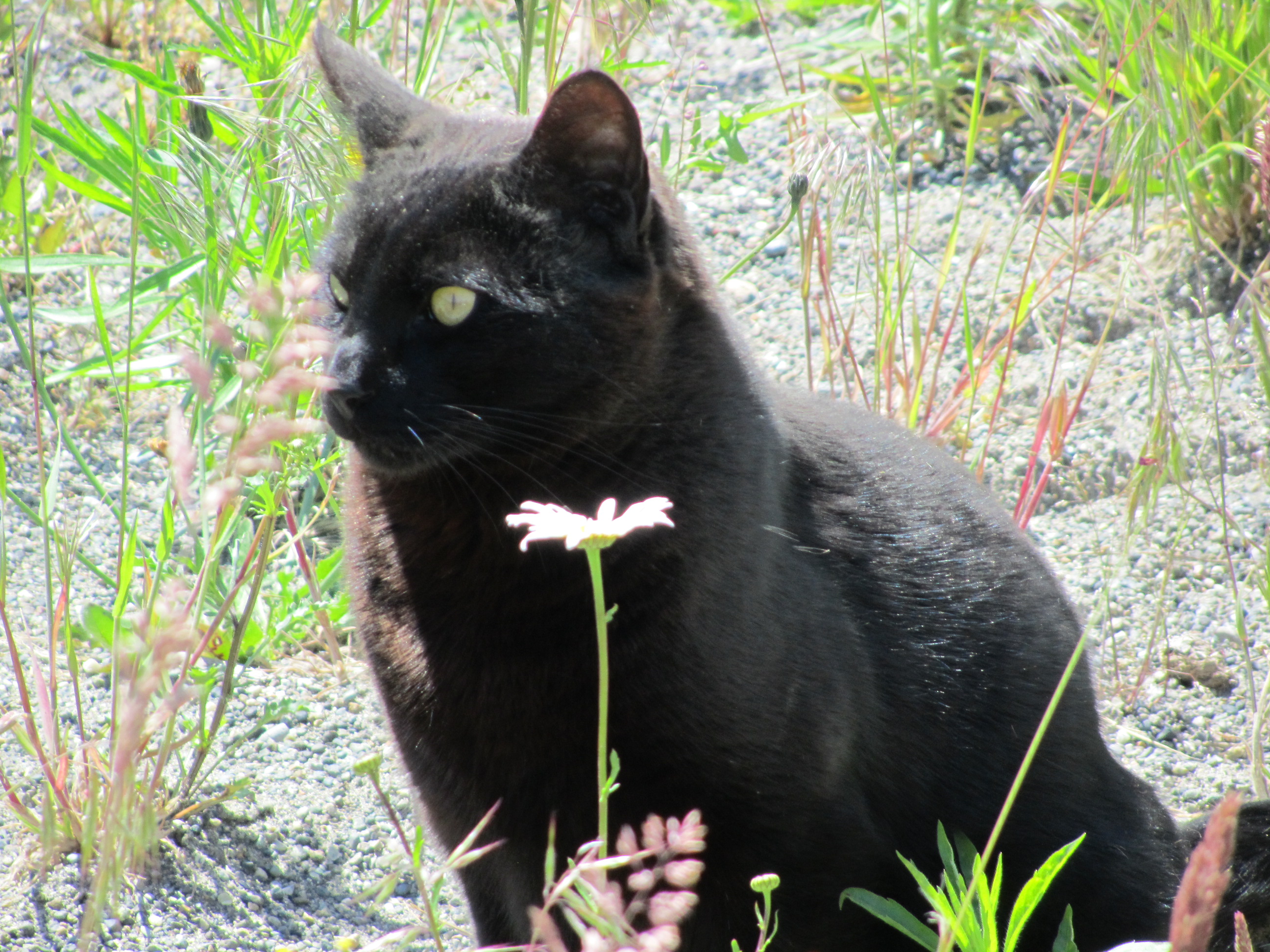 Morpheus (could this be “Blackie”?)

They lived in our barn in Washington, and when we moved back to Colorado we put them in the house for a short time until they understood where it was they lived (there really wasn’t anyplace in THAT barn to put them where they couldn’t get out). We weren’t there more than a week when I was looking out toward the barn one day, and Lynkx joined me at the window. He looked at me. He looked at the barn. He looked back at me. He used his radar eyes to let me know that OF COURSE they knew where they lived, and it wasn’t here in the house, it was out there, in that cozy little barn, with the horses. 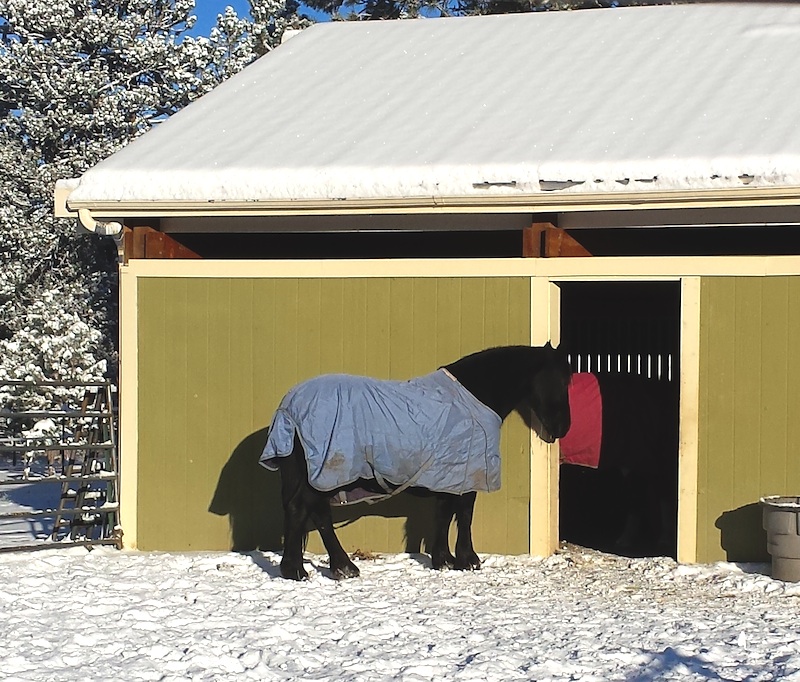 Lynkx knew where he belonged. Out in this little barn. With the horses.

Listen to your animals. I opened the door, and Lynkx went directly to the barn, slid under the door, and the made himself at home. Morpheus rapidly followed. In this one case, Lynkx knew what he wanted. Morpheus didn’t want to stay in the house, but didn’t know how to tell us. Lynkx paved the way.

They lived happily in that barn for several years, until we found a larger piece of property with the current arena setup. When we moved there, it was December. The barn was huge, and cold. There was no place for the cats to snuggle in. So we decided to have them stay in the house until the spring.

Spring came. The cats stayed in. There was no staring at the barn and then at me. It was more like “It’s cozy in here, I’m getting along fine with everybody else. I’m staying here.” That was fine with us. Lynkx and Morpheus became house cats. Everyone needs a new career.

Unfortunately, we also had another cat who thought the entire house was his, and it was his job to make any independent, thoughtful leader-types miserable. Tolstoy and Morpheus got into it on occasion, and ended up divided up the house - Tolstoy had upstairs, Morpheus ruled downstairs. 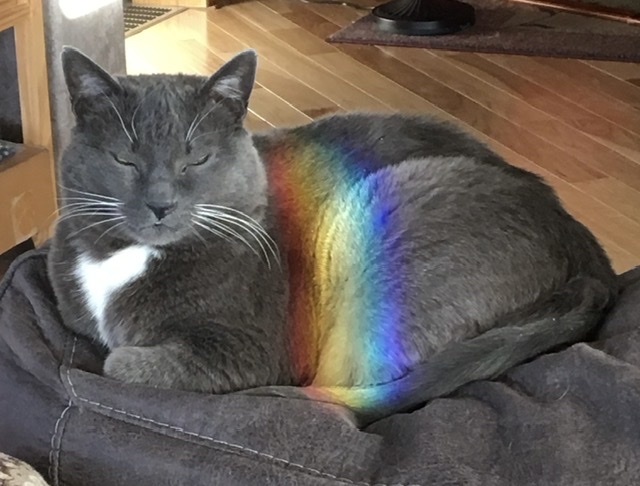 Tolstoy. He looks all rainbow innocent, doesn’t he? Don’t be fooled.

Morpheus was pretty sociable, though, and after a couple of years, being relegated to the basement started to stick in his craw. Even though we’d go down there and pet him and talk with him, it wasn’t the same as being with the family, so he started coming upstairs, and Tolstoy started going downstairs. A battle for turf began. It was all very quiet and civilized, but it was obvious something needed to change.

Morpheus took things into his own paws. One day he asked to go outside (which he did often in the summer months - he and Lynkx were allowed to go out because they were savvy about that kind of stuff). As I let him out, he looked at me and I had the distinct feeling I wasn’t going to see him again.

It’s tough getting off our property from the house, if you’re 8 inches tall. There is a six foot mesh fence all around, including the gate at the road. One can get out the gate if one is really motivated and willing to squeeze into something the size of a popsicle, but none of our cats are that motivated. Until Morpheus decided he had enough of Tolstoy and his territorial bullying.

We never saw Morpheus again. I could feel him - he went over to a colony to the north and south of us, and lived there for a while, and then I kind of felt him right across the street at the neighbors. We never asked about him, because he felt happy. He loved being an independent cat. Being a house cat was just not his gig. He lived and died the way he was meant to, and although we missed him greatly, we wished him well.

Lynkx is still in the house. 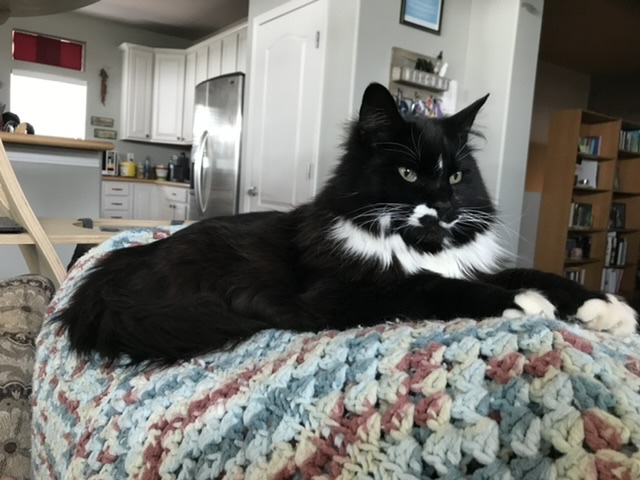