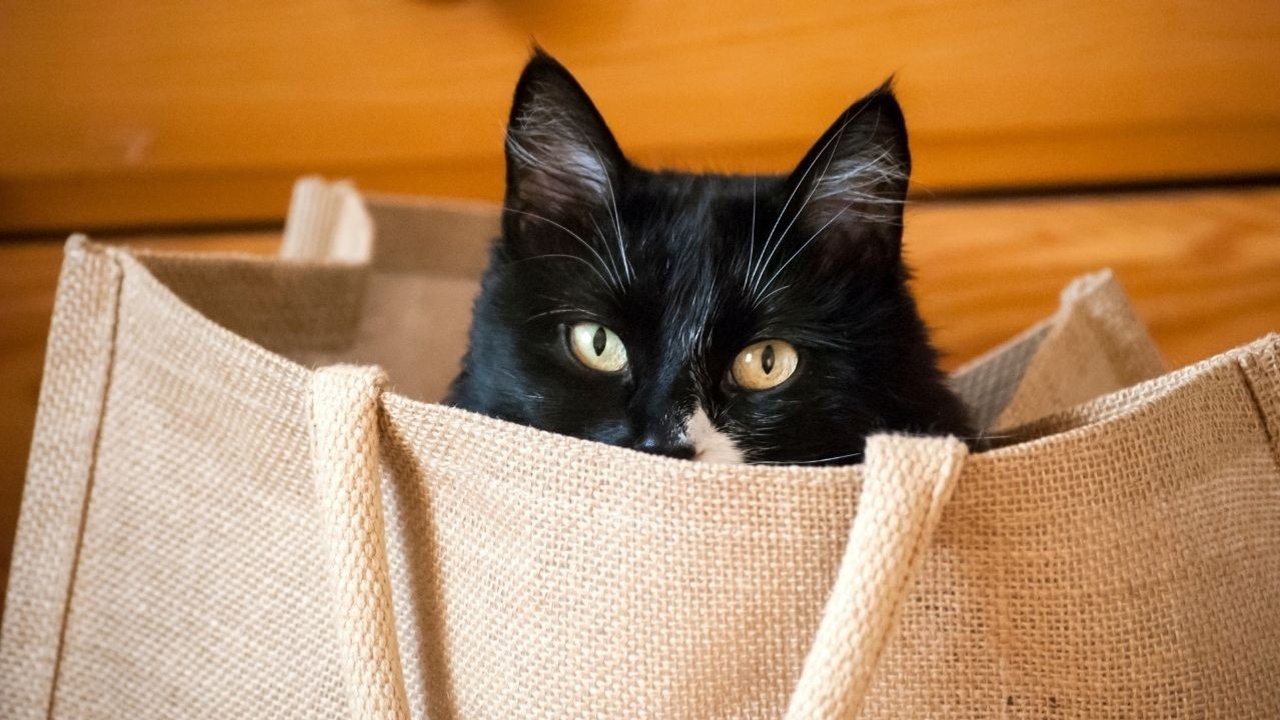 I cannot imagine my life without pets. And since we have, at last count, an even dozen of varying ages and species, I will most likely not have to be pet-less for a very long time.

However, a long time ago (in this galaxy), I sold my horse, gave my cat and dog to my parents, and moved from Wisconsin to Southern California. Pasadena, to be exact (1/2 block from the Rose Parade Route down Colorado Blvd). I was 24. My brain wasn’t even fully formed at the time. What was I thinking, no pets? But where I was going, pets were not allowed.

Did you know that? Your brain doesn’t fully form until you’re like, 25. Wow. Mom and Dad probably DID know more than me. But maybe that’s why I was willing to drive 1500 miles to make a new life for myself. Because I was crazy, without a full complement of brain cells to guide me. There’s something to be said about not playing with a full deck; I wouldn’t change anything about this part of my life.

I had really cool parents. They didn’t try to talk me out of what probably looked to them like the worst idea in the world. My mom told me years and years later that me loading up my Chevy Vega and splitting for the West coast was the hardest day of her life. But I never knew it. She waved bye-bye with a smile on her face, at least as long as I could see her in the rear-view mirror. Thanks, Mom. I owe ya.

There I was, living in Pasadena (near the Rose Parade Route), and I missed having a pet. So I painted one on the wall. It was a Cheshire Cat, and it lived in a tree (also painted) in my tiny dining area. I thought it was cute. The landlord was less amused, but all he said was “That better be gone when you move out.” I wasn’t totally stupid. I used water-soluble paints. 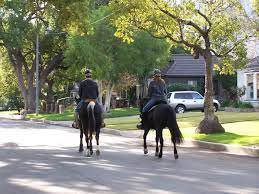 My first six months out there I was pet free. I worked at the Jet Propulsion Laboratory (Viking! Voyager! Lots of excitement at JPL, even for the admins - that would be me), and riding a horse a few days a week. The horse lived in a back yard in Burbank (yes, you read that right. Most people had pools in their back yard. There is a section of Burbank where people had HORSES), and was located just a couple of blocks from Griffith Park, home of the palace of Ming the Merciless, aka Griffith Observatory. I used to saddle up Apache, ride him down the alley, around the corner, and across Burbank Blvd (very busy) to reach a park entrance. Then, to get to the main part of the park, I had to ride him through a tunnel that went under a freeway. These days that sounds a little scary to me, but he was actually a really cool dude, and I always felt safe on him. It would have been fun to have someone else to ride with, but we did okay on our own. And we always stayed on the lower trails; we never went into the hills, much, I’m sure, to Apache’s relief. He was on the early side of his 20’s.

After six months, I grew tired of coming home to an empty apartment. Even Mr. Cheshire couldn’t cheer me up, and lonely, lonely, I decided to get a kitten. Shhhhhh. It was all hush hush, because despite the fact that the landlord allowed a cat on the wall, a living, breathing animal was an entirely different story and would not be tolerated. 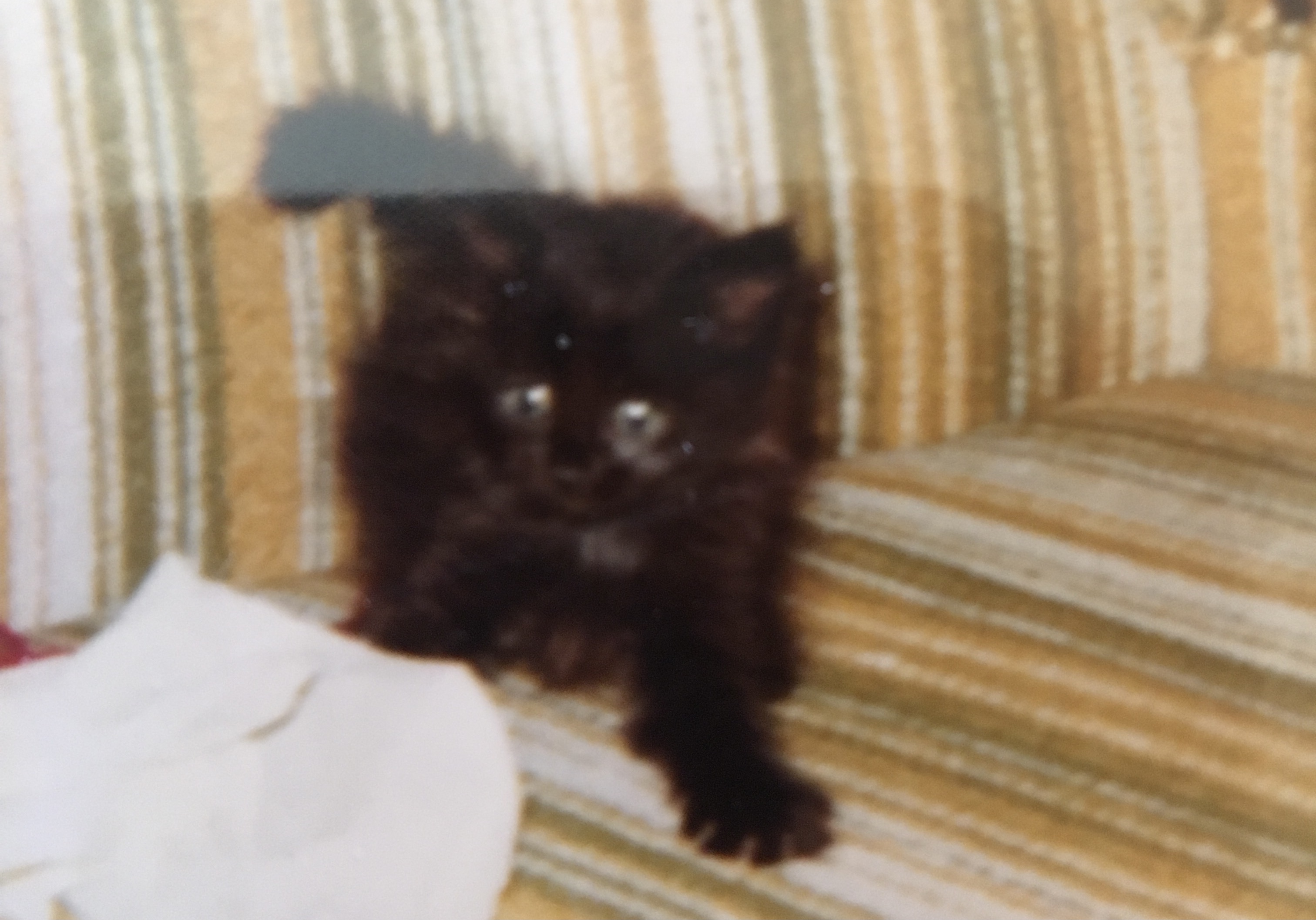 It didn’t take long to find a kitten. Or perhaps she found me. She was eight weeks old. I named her Harvey. Or perhaps she named herself, and just put that name in my head (which is what I believe now, but back then, semi-formed as I was, I named HER). Harvey went pretty much everywhere with me, except to work. We even had a weekend holiday in Palm Springs. It was glorious. She chose to stay in our nice cool room while I baked out by the pool.

Harvey learned how to wear a harness and leash. She was very quiet, and always stayed indoors around the apartment. We lived in comfortable companionship for several months, and then it happened. The landlord needed to get into my place, and the jig was up. 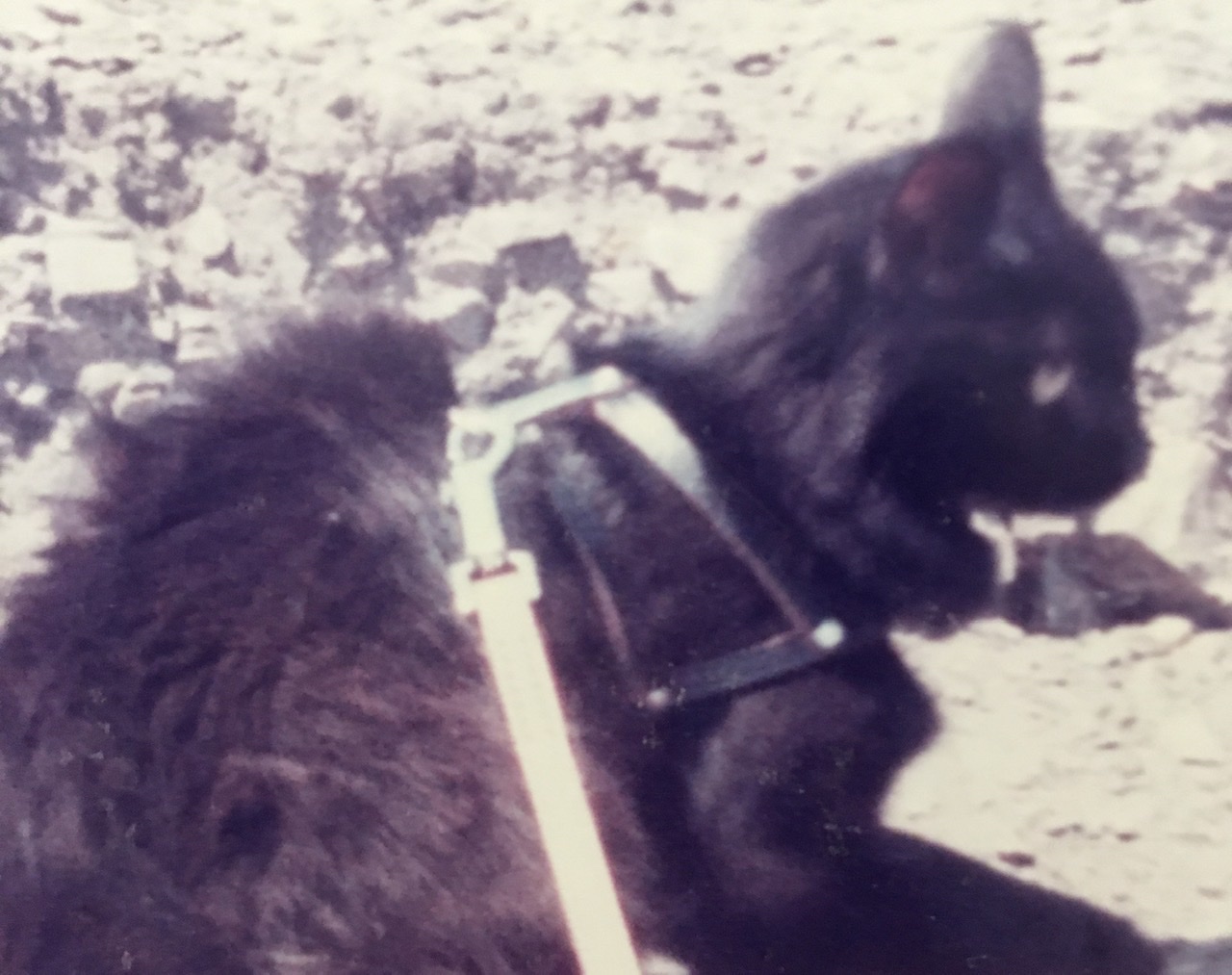 He was very nice about it. He was sorrowful. I paid the rent on time, was neat, respectful and quiet. Aside from the painting on the wall, I was the kind of tenant you wanted to keep (and I think he probably thought the painting was okay, since it was, after all, water-soluble). However, he wanted me to stay sans four-legged friend. So he gave me 30 days to either get out or ditch le puss puss. My brain was fully formed about that decision. Maybe because it was a no brainer.

Harvey and I found a new place to live. Vive’ le puss puss!